First vet visit; got micro-shipped, first shots and a health clearance to travel.  But before they left we got some pictures with Luna too... 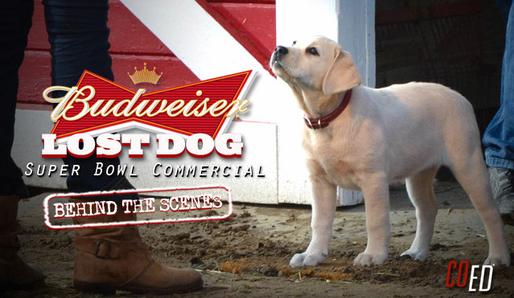 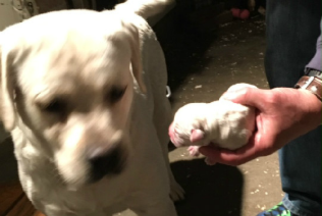 Back to our vet at 14 wks for last set of vaccines and then a few group pictures before going to their forever homes at 16 wks at the end of January 2015; just days before the commercial aired.  On bench L to R:  Maggie, Hops, Budster and Ivy 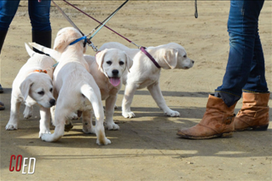 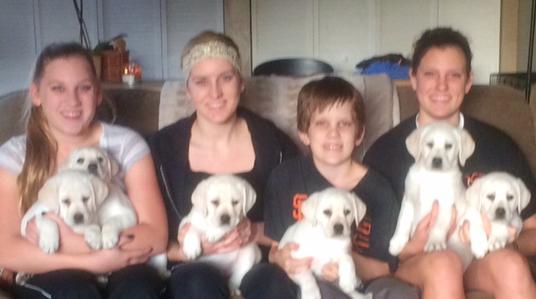 Betty and her newborn Pupweisers, then at 3 and 5 wks old

And now at the ripe ol' age of 18 months, he's a daddy for the first time!

It looks as though they made this commercial private; this is the only link I could find that isn't.

If you have been following us for any length of time, you know that I always mention upcoming litters on this site; that way those of you on the wait list can plan and request a certain litter. But when I found out Betty was indeed pregnant with Max pups, and that it was a pretty small litter, I decided to not mention it.  She and her sisters have always been family favorites and I knew I would more than likely just keep them all as guardians; that would only be frustrating to those on list who didn't want a guardian.  So, I only told those who contacted me wanting to be guardians about this litter.  This was somehow the first and only time I had a whole litter available and not already "taken".  So, why not?  The trainer actually wanted a litter of 8 originally but Betty's litter only had five.  She asked if I happened to have another pup that looked similar.  Well, yes, Betty has a sister named Willow and they were both bred to Max.  Willow's litter was just 2 weeks older and her daughter Luna was still here and being trained as a started guardian to be placed in SoCal.  I made a quick call to her owner-to-be and got his permission to let her go with the others. Once again I was amazed that I even had two related litters in town; one at our home, the other being hand-raised by guardian family. Eventually, I verbally agreed and was sent a non-disclosure to sign and couldn't believe my eyes!  Oh. My. Goodness. This beer company does my very favorite Super Bowl commercials and now ours pups would be starring with those majestic horses and that very handsome actor!

And then a bit more filled out and a daddy at the ripe ol' age of 18 months!

I was contacted late October 2014 by a LA company that trains animals for commercials and movies; they were looking for a litter of about 8 yellow labs pups born mid-Sept.  They would pick them up when they were around 7-8 weeks old, train and then bring them back mid-December.  At first I wasn't interested and didn't return the emails, but our family had a trip planned early December and I eventually thought it might actually work out really well timing-wise.  I still had no idea what commercial they were shooting; just knew that they would need them for several weeks before the filming dates in mid-December. 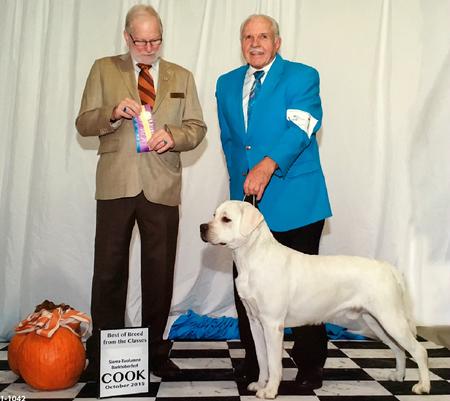 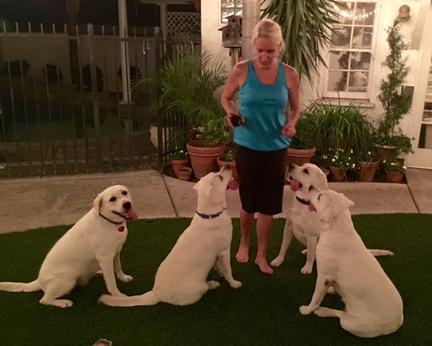 We are so incredibly proud of our pups!
But yes, we have "decoded" things a bit here to prevent the whole world from finding us.
It's certainly not that we have anything to hide; we don't.  In fact, we work really hard at "doing things right"; hand-raising every litter without the use of kennels.  And we have never shipped a young pup.  However, we are having a hard time keeping up with the demand created by word-of-mouth and we really don't want the waitlist any longer.  So BudPup fans; this page is for you! Our friends, and yes, your friends too:)

Super Bowl Sunday 2015; friends and neighbors came to celebrate and Budster watched himself on TV from my lap. 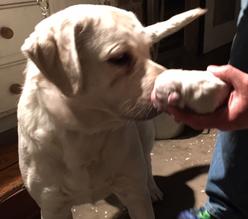 He left for LA as Buster, but came back Budster:)

(below)  All his sisters were at our house this past summer

One of the stipulations before saying yes to this adventure was that we could come visit and watch them be trained for commercial.  So in early December, most of our family including Nancy, and her family, met in Southern California one afternoon to see them in action and it was fascinating!  Throughout the weeks the trainers kept me in the loop with lots of text updates, photos, and video.  The only concern I really had was that they were mostly be trained with food and treats.
Knowing my dogs and their over-the-top food obsession, I was pretty sure they would get great results, but what would they be like when they returned?

fun behind the scenes training videos

About two weeks into the training, the animal training company contacted me again; they said saw the script and there was a lot of puppy running scenes.  They were now needing two more pups that would just be trained to run. Luna had two sisters that were still in our town being started; only they already belonged to new families, so of course I needed to check with them first before sending them off.  I got their OK and off went Mazie and Sophie to run through streets and fields and... meet a wolf!

Then they came home.

Two pups (Abby and Luna) stayed down south to be trained by Nancy and the SoCal Langleys, two went to my other trainers here in our town and the last two were trained by my kids.